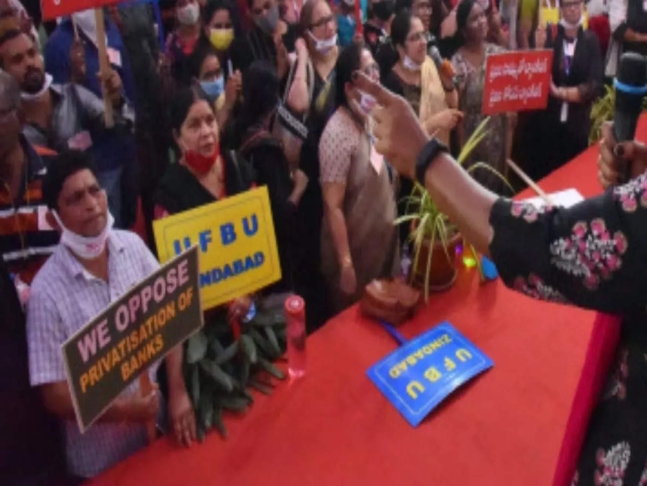 The United Forum of Bank Unions (UFBU) has called a two-day strike from December 16 to December 17 to challenge the Center's arrangement to privatize public area banks. Sanjay Das, general secretary of All India Bank Officers Confederation (AIBOC), said that other than the two-day strike, a progression of other agitational projects will be held in case the public authority doesn't surrender the possibility of privatization of the banks.

In the spending plan discourse of 2021, Union Finance Minister Nirmala Sitharaman had said that two public area banks will be privatized during the current financial UFBU is an umbrella association of bank associations. Das said that this transition to privatize PSBs will hurt the needed areas of the economy and furthermore credit stream to self-improvement gatherings and to the provincial economy.

The proposed move did not depend on solid financial rationale however is simply a political choice to surrender the banks to "buddy business people", he said. As indicated by him, 70% of the nation's all-out stores are with the public area banks, and giving them over to private capital will put the everyday person's cash saved with these banks into danger. Others are the Indian National Bank Employees Federation (INBEF), Indian National Bank Officers Congress (INBOC), National Organization of Bank Workers (NOBW), and National Organization of Bank Officers (NOBO).